New York Folklore in Schenectady is pleased to announce its Summer/Fall 2021 exhibit:

Efthimios (Altin) Stoja is an iconographer, visual artist, and father.

Ancient frescoes decorating the church walls in his father’s village in Albania first inspired his love of art.  Altin trained under master artist Tsuni Spilio in Nea Makri, Greece, the native country of Altin’s mother, before opening his own studio.  He later moved to the U.S. to begin working with the St. Sophia Orthodox Church in Albany, covering their church in both large- and small-scale works.

Today, Altin continues to work full time as an iconographer.  His iconography (in the Macedonian tradition - which shows movement and facial expressions) can be found in Albany-area Orthodox Churches, such as St. Nicholas Orthodox Church in Cohoes.

Additionally, his non-religious pieces, several of which are included in this exhibit, can be seen in public venues, such as in the recent (December, 2020) Albany Center Gallery member show.  In his paintings, Altin often draws inspiration from the natural landscapes of the Capital Region including the Mohawk and Hudson Rivers near his hometown in Albany County.

New York Folklore’s Gallery of New York Artists is located at 129 Jay Street, Schenectady, on the Jay Street Marketplace pedestrian mall.  The Gallery is open Tuesday through Saturday, 10AM to 3:30PM, and Sundays 10AM to 2PM.  Please call 518-346-7008, email NYF at info@nyfolklore.org, or visit our web site, www.nyfolklore.org for additional information.  New York Folklore programs are supported in part by the New York State Council on the Arts, through support from Andrew Cuomo and the New York State Legislature

Upcoming Dates For This Event: 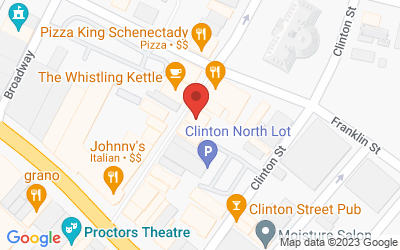