The Empire State Aerosciences Museum offers visitors an in-depth look at the history of flight and New York State's impact on the development of aviation. The museum is located at the Schenectady County Airport, one of the earliest consolidated airports in the country, where Charles Lindbergh landed in 1927. During the 1930s, it was an aircraft manufacturing site and became a military training base during World War II. Aircraft research and development conducted here was so important that the first jet airmail started from this site in 1946. A sampling of the exhibits are the recently completed lunar landing and arctic exploration exhibits; the DePischoff "flying motorcycle"; the Amelia Earhart Exhibit, and a 32' scale model of the Japanese aircraft carrier "Akagi." 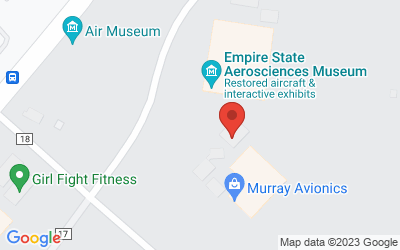