Nationally ranked, the Schenectady Rose Garden is located at the Wright Avenue entrance to Central Park. Designed in 1959, the first 400 rose bushes were planted in April of 1960, with more following in the fall. The next year several hundred more hybrid teas, floribunda and grandiflora roses were added. In the coming years, the rockery pool, triangular fountain and reflection pool were built. The rose population grew to 4,000. An adjacent garden with a Japanese lantern and an arched bridge over the creek were built in 1968. Weeping cherry bushes were planted along the stream and a small dam was added to create a reflection pool under the bridge. 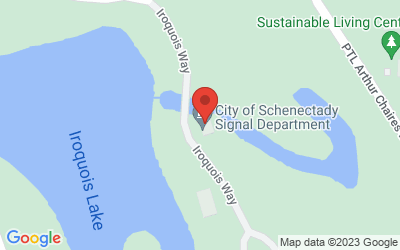